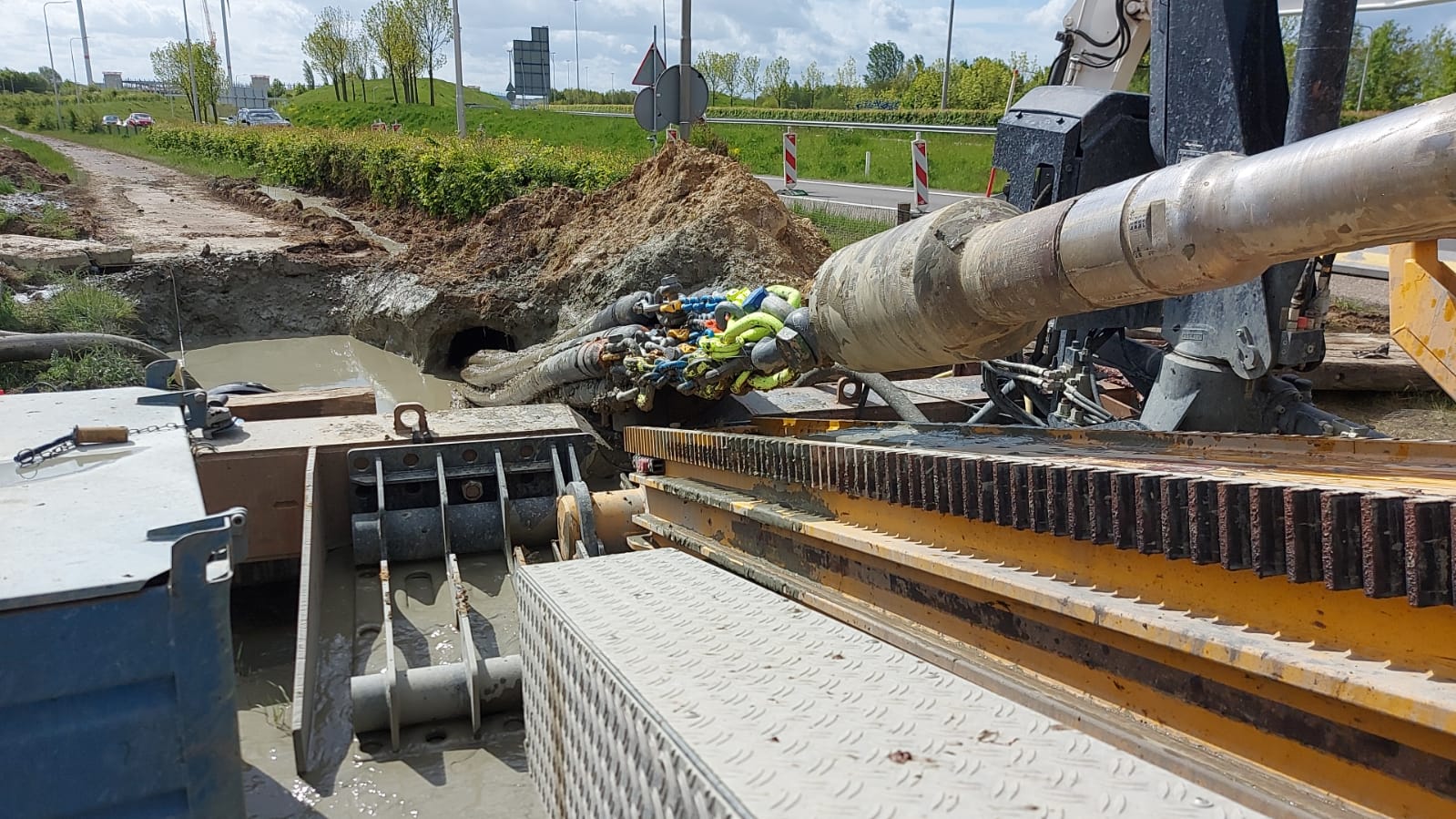 Due to the growing economy and energy transition, it is becoming even busier in the subsurface. There is an increasing demand for trenchless removal of old and dilapidated pipes. Holland Drilling’s experience with trenchless removal is diverse. For example, a pilot project was carried out in mid-2018 in which AC drinking water pipes from the 1960s were removed without trenches. In Belgium, three existing directional drillings with multiple HDPE pipes were removed without trenches under the Antwerp – Ghent railway line in use. Pipes made of steel and HDPE were all removed several times without trenches, always with success. The necessary special attachments and tools were always developed and built in-house.